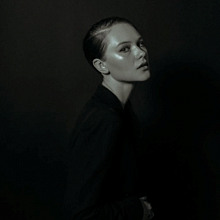 The personages created by Masha Yankovskaya are secretive - we would know nothing about their specific characters. The artist emphasizes typical things: the essence of a woman, the essence of a man, the essence of their behavior and interaction, the essence of their relationship to themselves and to each other. This is an imaginary world with a peculiar whitened, as if airless space, surrounding personages. Only perfect people can exist in this world  – probably, that is why the heroes of her works are all as one beautifully composed and vaguely young (more precisely, do not have age at all). Masha Yankovskaya paints women as archetypal temptresses, not lyrical heroines. She stubbornly escapes from reality into the ideal fantasy world, which in its turn is gradually being transformed into reality ...
The paintings by Masha Yankovskaya radiate "cool eroticism" and aestheticism. This is the aesthetics of admiring details, each of which could be turned into an expressing symbol, Whether it be shoes, a cigarette, bright lipstick or a gesture. The characters in the paintings — a collective image, distant, but attractive.
Education:
- Art Lyceum named after B. V. Ioganson of the Academy of fine Arts in St. Petersburg;
- St. Petersburg University, Faculty of Restoration;
- Saint-Petersburg art-industrial Academy named after A. L. Stieglitz, the Department of "Costume Design".
Personal exhibitions:
- Kinesics, 2014, After six gallery;
- The angle and oval, 2016, Art-Constansis;
- Identification of a woman, 2016, Tallinn Portrait Gallery. 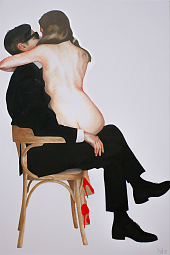 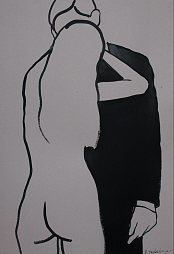 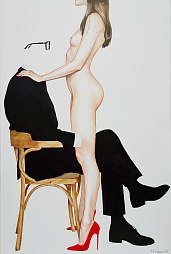