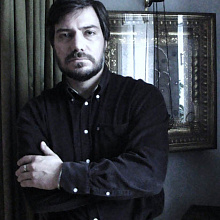 Honored Artist of the Russian Federation, Corresponding Member of the Russian Academy of Arts, born in 1967 in Moscow.
In 1993 he graduated from the Moscow State Art Institute. IN AND. Surikov. His works have been repeatedly awarded diplomas and prizes from the Moscow Union of Artists, the Union of Artists of Russia and the Russian Academy of Arts.
A mature master, the successor of the traditions of the academic school, Anton Stekolshchikov is a representative of the creative dynasty of famous Russian artists. His talent was noted while studying at the Moscow Secondary Art School. So in 1985 at the All-Union competition for the best educational work on composition, dedicated to the 40th anniversary of the Victory of the Soviet people in the Great Patriotic War, the Academy of Arts of the USSR awarded Anton Stekolshchikov with a 1st degree diploma for the composition "Letter from the Front".


After graduating from art school and successfully enrolled in 1985 at the Moscow State Art Institute. V.I.Surikova, Anton Vyacheslavovich Stekolshchikov is called up to serve in the ranks of the Armed Forces of the USSR. After serving in the army, in 1987, he continued his studies at the institute. Having defended his diploma with honors from the Surikov Institute in the workshop of Professor Ilya Sergeevich Glazunov, Anton Stekolshchikov, already in his diploma picture "Baptism in the Returned Temple", indicated his creative position. The revival of Russia became the main theme of his work. In an appeal to spiritual traditions, to cultural heritage, the artist finds the moral basis for the development of modern man.


Taking an active part in exhibitions, among which should be canceled "Youth of Russia" in 1987, "Earth and People" in 1988, the Zonal Exhibition of the Russian Union of Artists in 1992, Anton Stekolshchikov confidently takes his place among the professional masters of the brush. This was confirmed by the admission of Anton Vyacheslavovich Stekolshchikov in 1993 to the Moscow Union of Artists. From that moment on, the work of the young master becomes even more active.
Among the numerous exhibitions it is worth mentioning the exhibition "Russian Artists of the Orthodox Church" that took place in the halls of the Russian Academy of Arts in 1994, as well as "Artists of Russia for the 850th Anniversary of Moscow" in 1997. The Moscow Government and the Committee for Culture awarded Anton Stekolshchikov with a diploma of a participant in the X-th anniversary exhibition-competition "Golden Brush 2000".
In collaboration with his father, People's Artist of Russia V.K. Stekolshchikov, Anton Vyacheslavovich became the winner of the competition of artists for painting the Cathedral of Christ the Savior. Their competition canvas "Almighty on the Throne" is on display in the Museum of the Cathedral of Christ the Savior.


Among the exhibitions of recent years, it should be noted the large family exhibition "Borisoglebskaya Chronicle", which was held in the halls of the New Manege in March 2004. This exhibition has received great public recognition.


Since 2011 Anton Vyacheslavovich Stekolshchikov is a Corresponding Member of the Russian Academy of Arts. 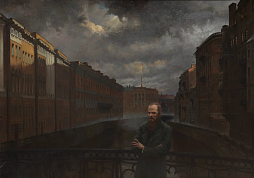 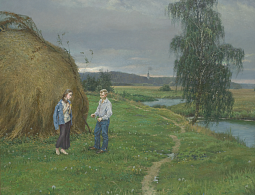 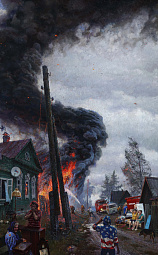 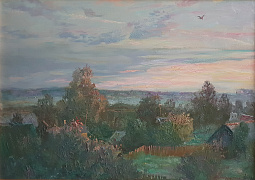 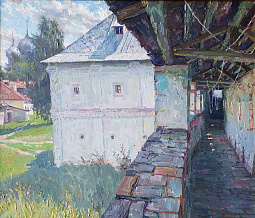 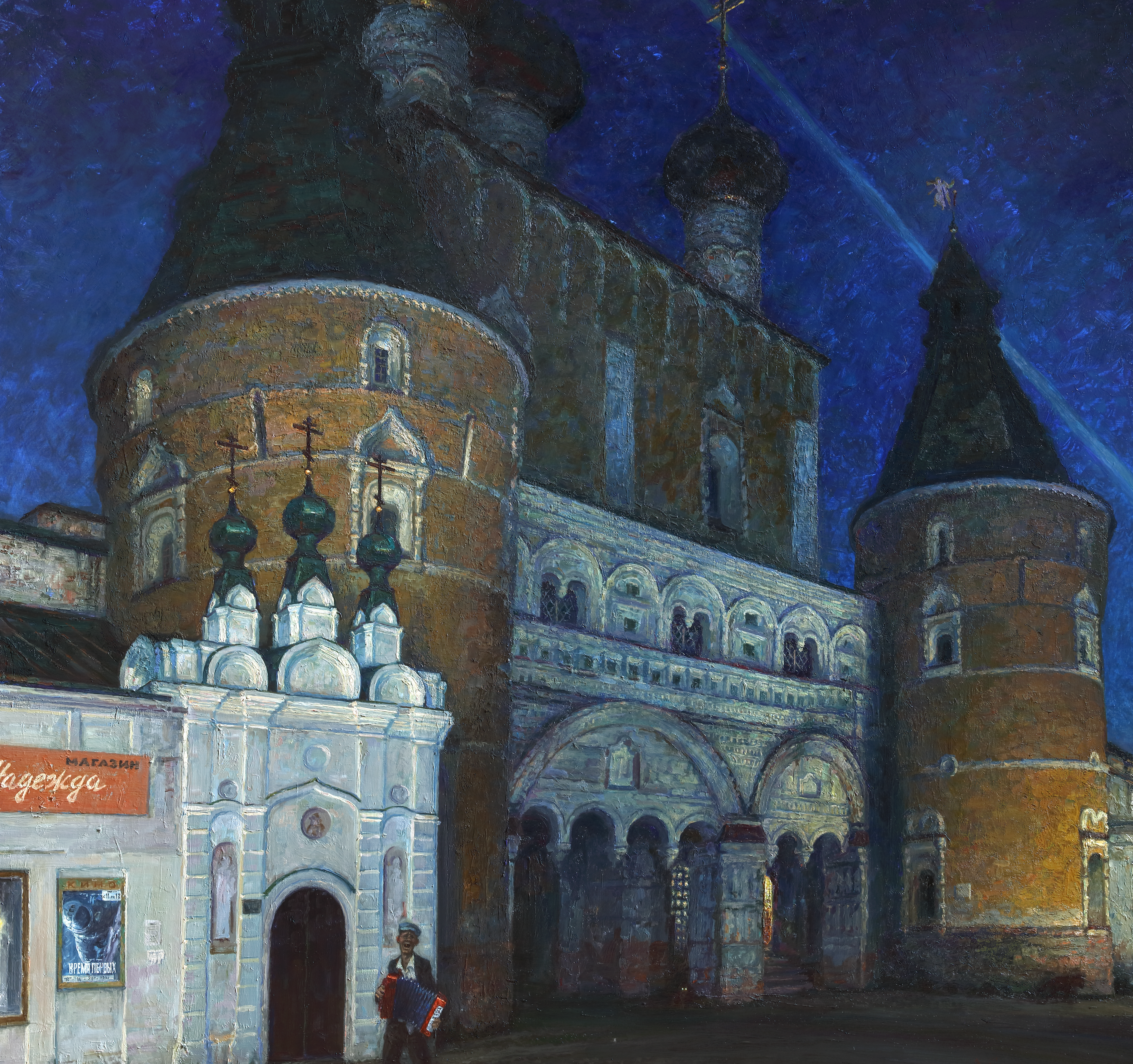 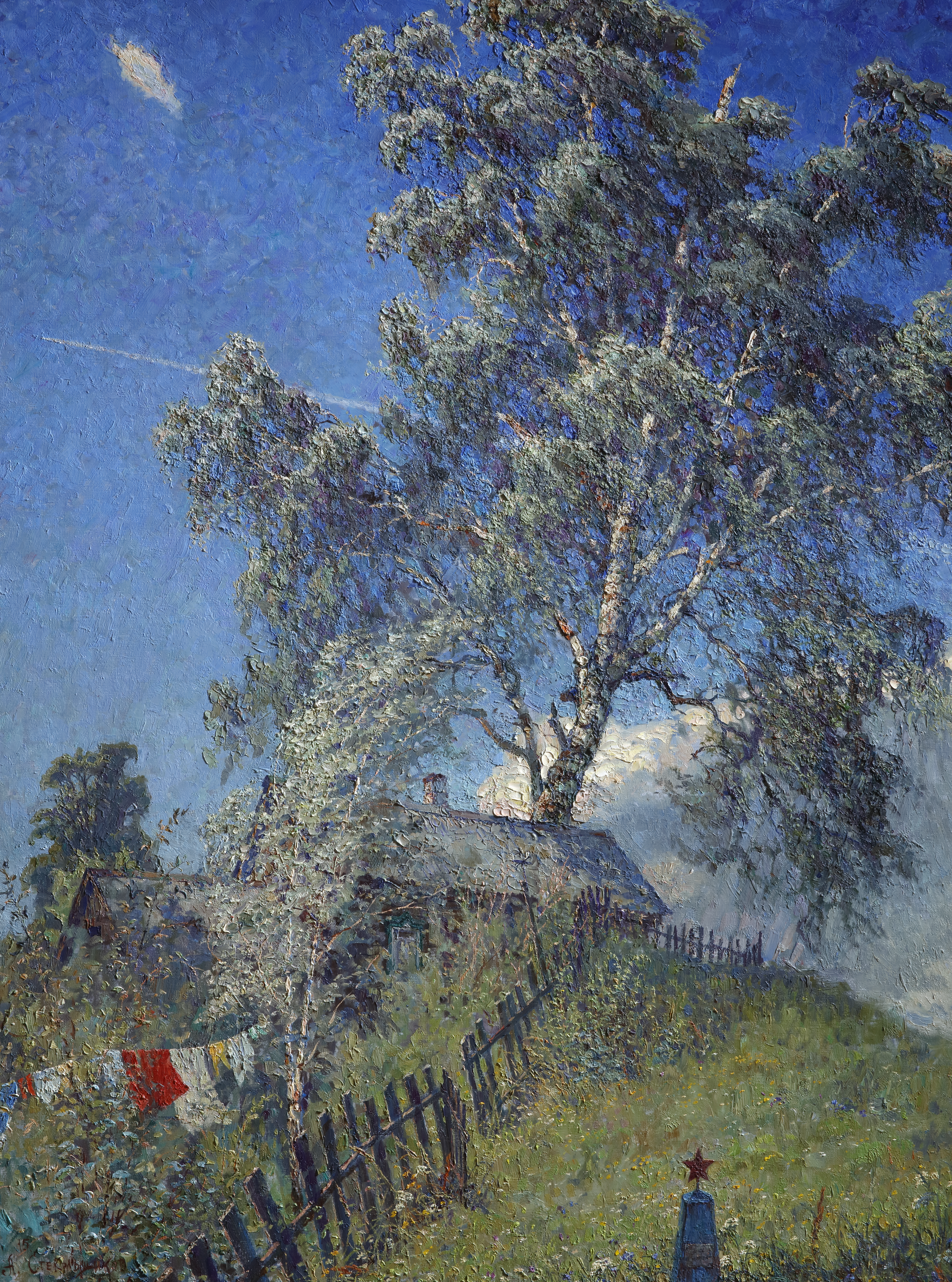 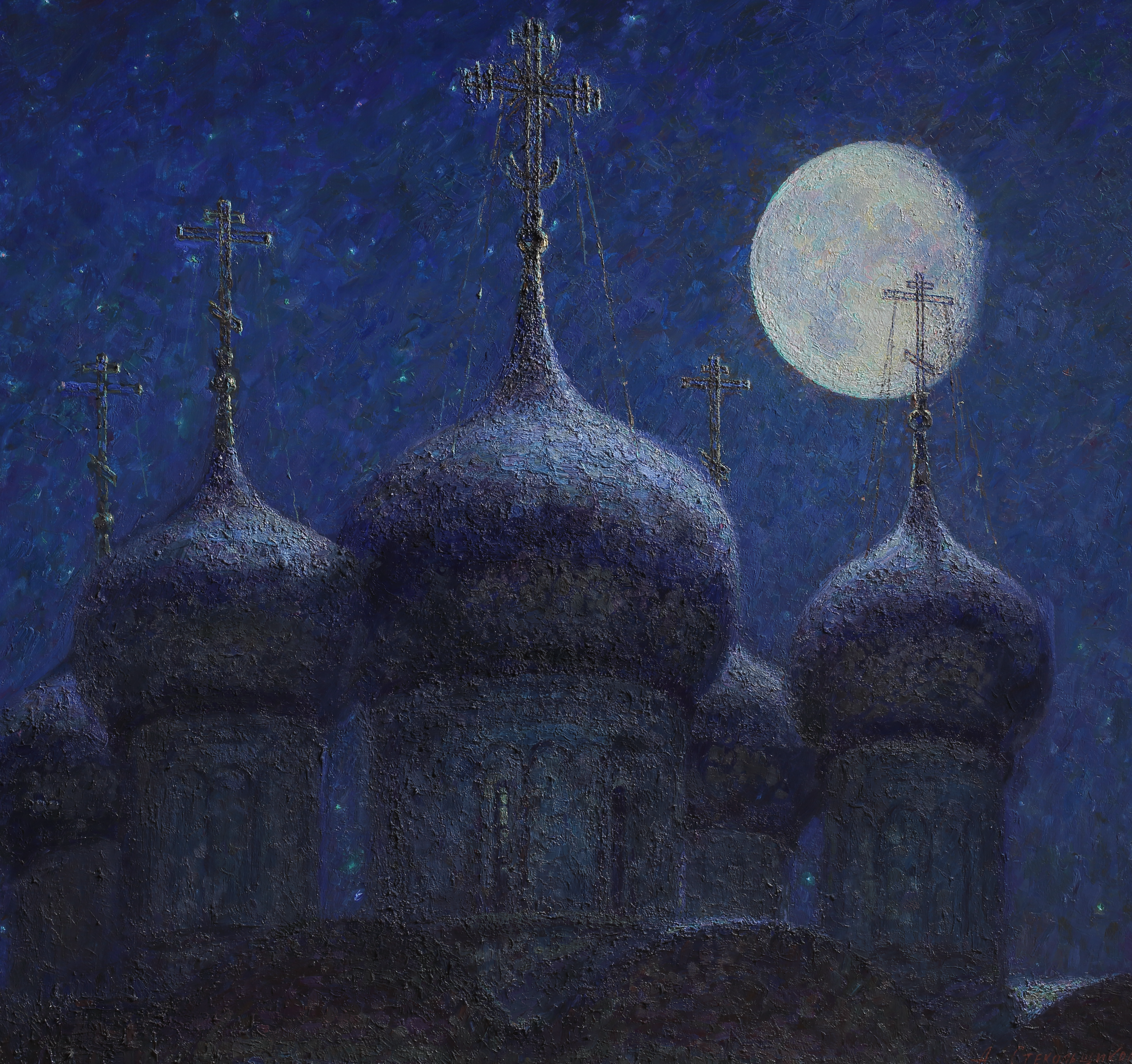 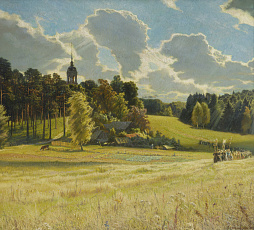 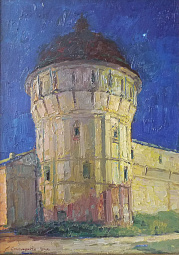 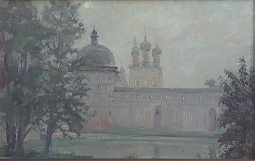 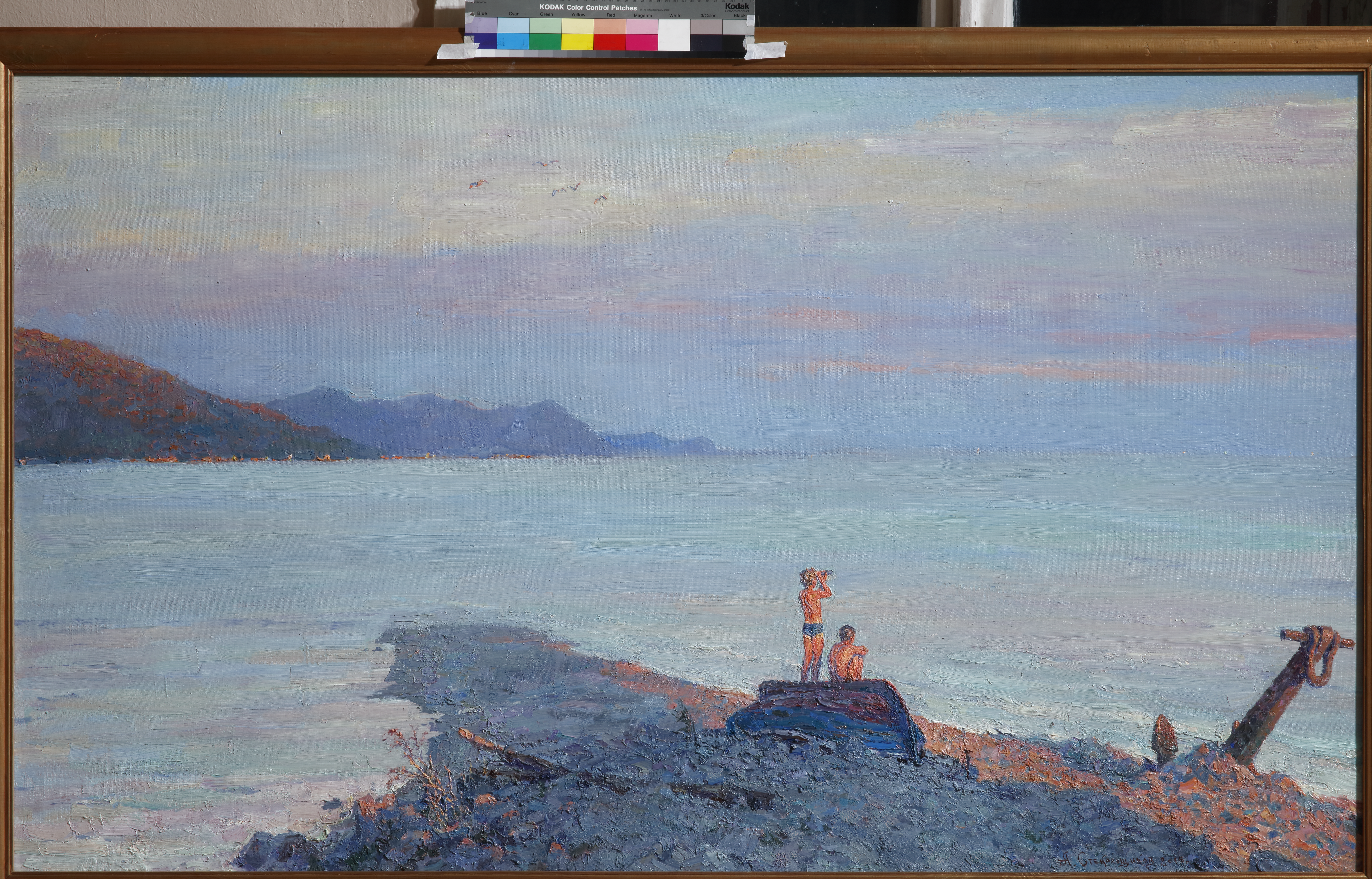 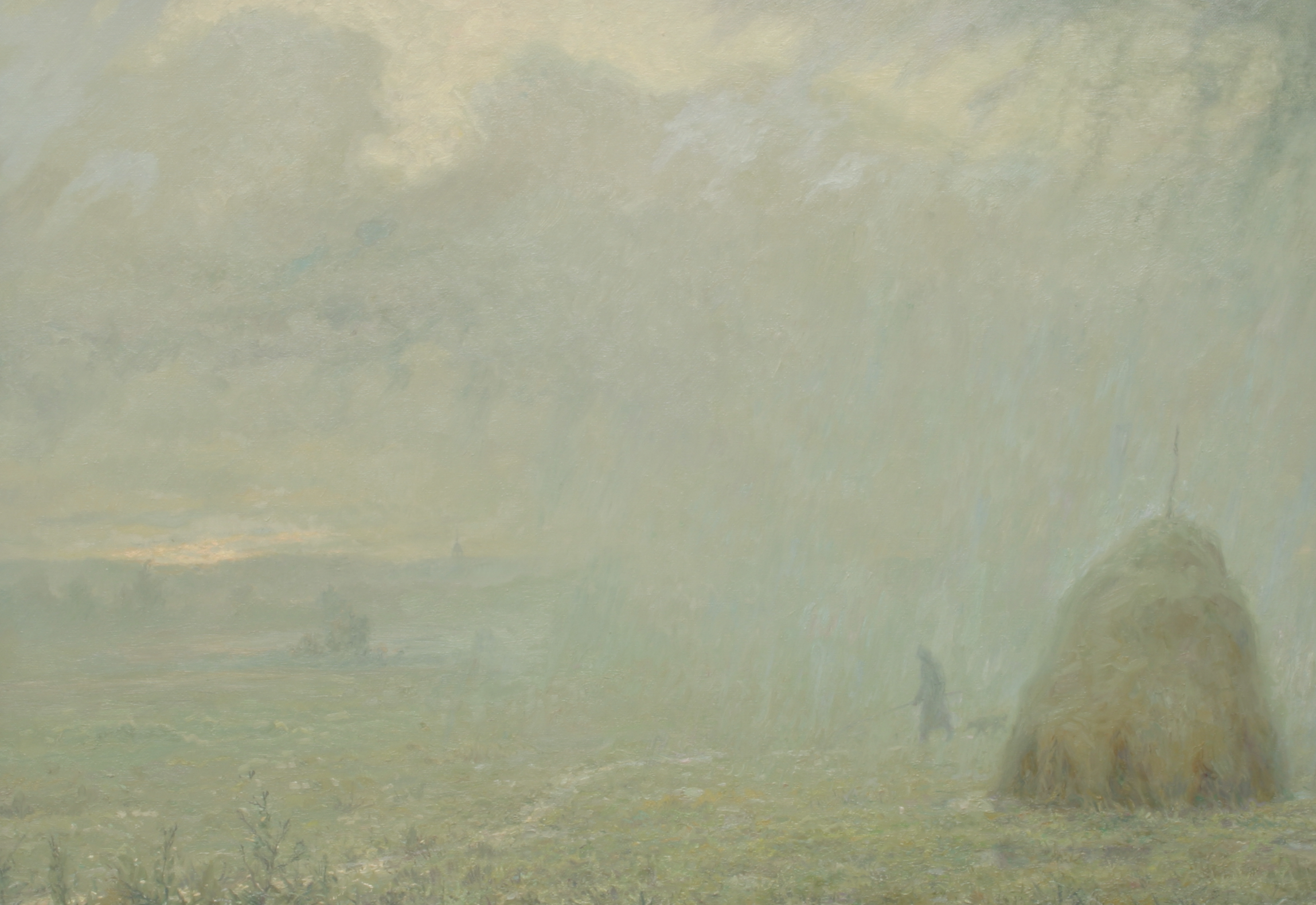 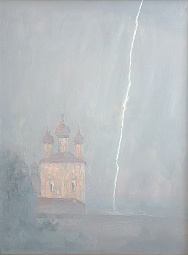