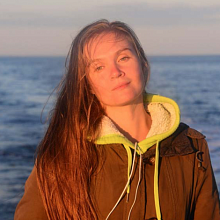 She was awarded the badge of the Central Basic Customs for her contribution to national culture, the work of the customs on patriotic, cultural, aesthetic, spiritual and moral education and holding a personal exhibition of creative works in the Art Gallery of the Federal Customs Service. Lives and works in Moscow.

Winner of the XXII exhibition-competition "History of Crimea" held by the Aid to National Art Charitable Foundation.
Winner of the "NEW SPACE" competition for young artists, timed to coincide with the 150th anniversary of the birth of the outstanding Russian artist Valentin Serov.
Finalist (2nd place) of the festival of positive ideological art "TIME AHEAD!" season 2018-2019.
At the moment, Anastasia is working on the My Plant project. It is a rethinking of the industrial theme of factory exteriors and interiors. Transfer of an even more intense atmosphere of the old factory, work on texture, rhythms, color and composition. They also use fluorescent shades for dramatic effect.

From September 25 - October 8, 2017 - "IN SEARCH OF THE IMAGE" in the exhibition hall of the Association of Painters of the Moscow Union of Artists (Moscow, 1-st Tverskaya-Yamskaya, 20).


November 26 - December 19, 2015 - Exhibition of the winners of the competition of young artists "NEW SPACE" in the TNK Art Gallery (Dolgorukovskaya str., 6).


From February 3 - March 20, 2017 - Participation in the final exhibition of the ANNUAL ALL-RUSSIAN COMPETITION OF YOUNG ARTISTS "Muse must work" 2016-2017 at the Museum of Contemporary Art "ARTMUZA" (St. Petersburg, 13th line of Vasilievsky Island, 72) ...


May 24 - 28, 2017 - Participation in the exhibition "LAYERS AND SYMBOLS" of the International competition of architectural drawing ArchiGraphics 2016-2017. Conference hall of the Central House of Artists. Finalist in the nomination: Drawing from life. (Moscow, Krimsky Val, 10)
May 16 - 20, 2018 - Participation in the final exhibition of the International Competition "ArchiGraphics 5" Central House of Artists, 2nd floor, hall 15 (Moscow, Krymsky Val, 10)


From November 30, 2018 - December 30, 2018 - Participation in the final exhibition of the competition project "Genre in Development: Interior" at the Museum of Actual Realism in Togliatti (Lenina Blvd., 23).


From April 29 - May 18, 2019 - Participation in the final exhibition of the Festival of positive ideological art "TIME AHEAD!" season 2018-2019 in the exhibition hall of the Moscow Union of Artists of Russia (Begovaya str., 7)


From May 9, 2019 - August 5, 2019 - Participant of the finalists exhibition “Portrait Now! 2019 »The Carlsberg Foundation Portrait Award at The Museum of National History at Frederiksborg Castle, Denmark. 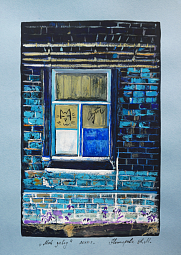 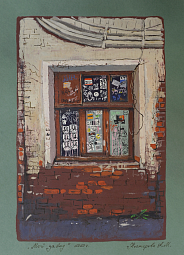 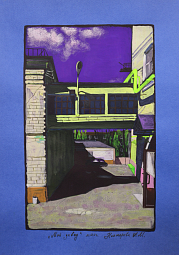 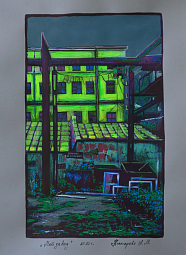 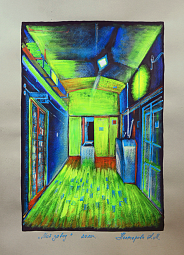 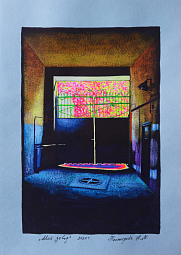 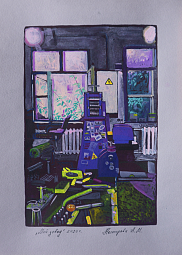 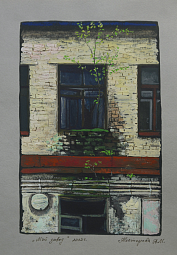